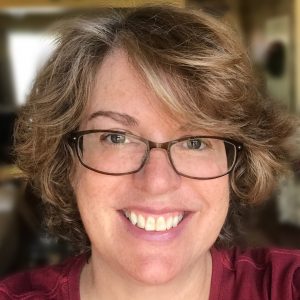 Katherine Riegel’s latest book, Love Songs from the End of the World (2019), is now available from Main Street Rag Publishing and Amazon. Previous full-length poetry books are What the Mouth Was Made For (FutureCycle 2013) and Castaway (FutureCycle 2010). Her collection of prose poems/short essays, Letters to Colin Firth, won the 2015 Sundress Publications Chapbook Competition. She’s also the author of two books on meditation and a larger life: There’s No Wrong Way: 44 Meditations, and The Manifesto. Katie received her MFA from the Iowa Writers’ Workshop and has taught writing at various colleges, most recently the University of South Florida. Her poems and essays have appeared in numerous publications, including Brevity, The Offing, Orion, Poets.org, and The Rumpus. She is co-founder and managing editor for Sweet: A Literary Confection.

Katherine goes by Katie to most people, and wishes she’d had the sense to begin publishing under that name. But her first poems were published when when she was in college, and she thought real writers always used their formal names. So she waffles between names, and hopes you’ll call her whichever one you want—or just “Riegel” (pronounced “regal”), as her students often did. 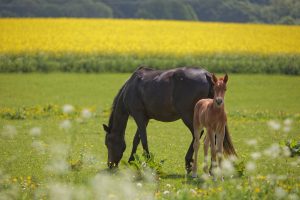 Katie grew up in the tiny town of White Heath, Illinois, on a Morgan horse farm. When she was 10, her family sold the farm and moved into the metropolis of Champaign, Illinois, and she never quite got over the loss of all that space. After 20+ years teaching at colleges and universities, Katie decided to leave academia for a time. She got married and moved to Memphis, Tennessee.

In addition to offering online classes, she works with poets and writers individually. Email her at kriegelwriter@gmail.com for more information.